8 OF THE HIGHEST PAYING DESIGN JOBS But not all design careers are created equal. While some pay well, others don’t even come close to compensating designers for their skill and experience.

Graphic designers who earn more than average have one commonality, other than being great designers. They are all specialists. They have deep knowledge and expertise in their field and in the software they use to create their designs. These specialties in turn command much higher salaries than an average, generalist graphic designer earns.

Unsurprisingly, these highest-paying design careers are also those in the highest demand right now, which also increases the competition and incomes for designers in these fields.

So that you can do your best, most creative work without sacrificing your income, I’ve put together a list of 8 of the top-paying design careers out there today.

Please note, all average salaries included below were sourced from Zip Recruiter using national averages in the United States in August of 2021.

What design jobs pay the most?

One of the highest-paying design careers out there, a game designer makes an average salary of $118,445 per year. It’s not easy to break into game design, which is probably part of why the salary is so high. You need a bachelor’s or master’s degree in computer science, computer engineering or digital arts, so you definitely need to make a significant investment in your education in order to be competitive in this design field.

Game design requires a high level of creativity and imagination, which are both traits that help you when you’re designing games. You get to be constantly creative while also using problem-solving skills and have a lot of responsibility in terms of making the game fun and balanced for users.

You can learn more about becoming a game designer here.

When you’re a user interface designer, your salary will average $81,800 per year. To become an excellent user interface designer, you’ll need to know how to design for the web and have experience with at least one high-level programming language like Objective C or Java. Additional skills include being able to make wireframes and prototypes that demonstrate user flows and being able to test applications in a way that provides valuable feedback.

Being an effective user interface designer also requires you to know how to manage people, so strong communication skills are a must for this job. You’ll need to lead other designers as well as project managers and teams of developers, so it’s important to have the confidence and authority to get your ideas across.

You can learn more about becoming a user interface designer here.

You will need at least a bachelor’s degree in either graphic design or human computer interaction. You’ll need to make sure you stay on top of the latest technologies and are constantly seeking new ways to innovate that UX design field.

You can learn more about becoming a UX designer here.

Check out this article to learn more about the differences between UX and UI designers.

Working as a product designer, you’re your salary will average $76,822 per year. It takes some time and dedication to become a product designer- the path to success includes getting an undergraduate degree in design or industrial design and then going on to get a graduate degree in industrial design. Key skills include being able to conceptualize ideas into 3D models and then create prototypes.

A product designer works on the look and feel of a wide range of consumer products, from large appliances to stuffed animals. As a product designer, you need to be able to work with other people in your company, which means knowing how to communicate ideas and manage teams effectively is a must.

You can learn more about becoming a product designer here.

A brand designer is a type of graphic designer who helps a company create or refine its branding. At $73,593 per year on average, they make one of the highest salaries out there. The skills you’ll need to get into this field include: strong typography and font pairing expertise, an eye for color (and knowing when colors should be avoided), an awareness of the latest design trends, photoshop and InDesign proficiency and a good working knowledge of HTML.

Graphic designers can move fluidly across different types of media- web, print, video and 3D- so additional skills to consider include animation (like Adobe Flash) as well as motion graphics. Having a background in marketing is also helpful- especially if you want to create advertising campaigns that get noticed and generate buzz.

You can learn more about becoming a brand designer here.

A presentation designer makes an average salary of $66,344 per year- so it’s definitely a career that’s worth considering. This is another one of the highest paying jobs in design, though less competitive than some others.

Being an effective presentation designer means being able to use design software like PowerPoint (the most popular), Keynote, Google Slides or Canva to visualize content and captivate audiences. Most presentation designers focus exclusively on design, though some also provide content research and copywriting, for which they likely earn above this average salary.

Agencies, investment firms, and independent companies, all hire presentation designers to assist with developing professional and captivating designs that are used for pitches and sales. Because these presentations are directly tied to revenue, the budgets for those projects are higher than many other forms of design.

You can learn more about becoming a presentation designer here.

Animation designers make an average of $57,027 a year- and it’s one of the highest-paying jobs in design. If you want to get into this field, then having animation experience is a must.

Animation designers create and develop characters, backgrounds and assets among many other things. Since this is a highly creative profession, it’s important to be able to communicate your vision effectively and have the ability to translate another person’s project idea into animation.

You can learn more about becoming an animation designer here.

Web designers get paid an average of $54,851 per year- which is definitely a solid salary. Since many organizations and businesses have small in-house web design teams, there’s a lot of competition for these jobs.

The skills needed to become a successful web designer include: proficiency with HTML and CSS, excellent knowledge of Photoshop or Sketch , an understanding of the importance of user experience, SEO and conversion rate optimization.

You have to be able to work well with others too, as a web designer typically works closely with other designers, copywriters and developers. It’s important that you can communicate your needs effectively- whether it’s through wireframes or prototypes- and work in a collaborative environment.

You can learn more about becoming a web designer here.

It’s not a secret that graphic design is everywhere. Whether we’re scrolling through social media, watching TV or advertisements- there is always some form of visual representation going on to entice us into shopping more (or in the case of entertainment) keep our attention for longer periods.

With this much importance placed on visual presentation, it’s no wonder why many people want to be designers and why the field continues to grow.

For most graphic designers, our creative pursuits are our passion. It’s what drives us, but that doesn’t mean that you can’t make a living while making the world a more beautiful place! Hopefully, these 8 highest-paying design jobs will inspire you to think about ways to specialize your skills and increase your income. 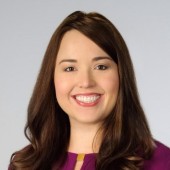 Hi there! I’m Adrienne Johnston - freelance presentation designer. After fifteen years in Operations and Marketing roles, I decided I wanted to be able to focus my efforts specifically on presentation design. In addition to helping my clients visualize their content in PowerPoint, I also provide tips and insights via my blog. To aid you in creating your own presentations, I also have professional powerpoint templates you can check out.